How switched on is utility customer service?

How switched on is utility customer service? 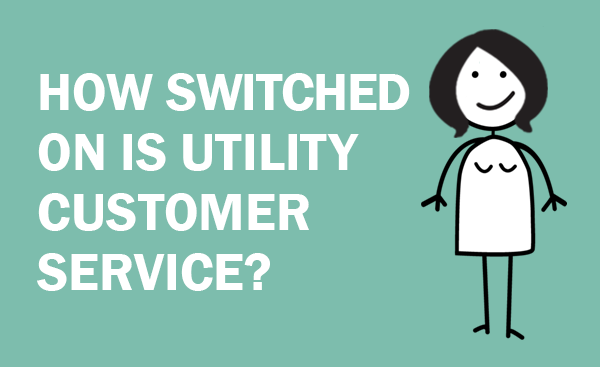 In a sector where it can be difficult to differentiate between suppliers, delivering superior customer service is increasingly vital for utilities. And as a regulated industry, it is closely watched by government and consumer groups, facing large fines for poor customer service and misselling.

Last year the UK government acted to simplify tariffs and make it easier for customers to switch supplier. However, a new report, released earlier this month by the Competition and Markets Authority (CMA), stated that consumers were still paying too much for their energy and proposed a series of measures, including a potential cap on prices.

Over the past few years utilities have invested heavily to modernise their systems and improve the customer experience they provide, particularly on digital channels. This not only helps increase consumer satisfaction and retention, but improves efficiency. For example, if more queries can be dealt with online, rather than through the phone, it reduces customer service costs.

With new entrants targeting the ‘Big 6’ suppliers it has never been more important to focus on service.

Given the spotlight on utilities, how do they fare when it comes to customer service? As part of the 2015 Eptica Multichannel Customer Experience Study, ten UK electricity and gas utilities were evaluated on the customer service that they provided. They were asked sector specific questions on their websites and then posed a single question via each of the email, Twitter and chat channels.

1. No improvement online
Despite the shift of customer service to digital channels, utilities do not seem to be taking web service seriously. While 66% of questions were answered online, this showed no improvement since 2014. There are significant differences between best and worst – while one company scored 100% another only answered 10% of questions asked on its website. In contrast, the banking sector (another regulated industry that is often in the news), answered an average of 91% of questions online.

2. Email is worsening
Email performance has deteriorated since the previous survey. Nine companies provided email contact details and eight replied to a question sent through the channel. However, only three companies responded successfully, with the rest failing to provide a correct answer.

Last year, six companies answered exactly the same question successfully – showing a significant drop in customer service levels. Utilities did answer email faster than in 2014, with the overall average dropping from 49 hours to 24, but this is obviously based on fewer responses. While most utilities provided an expected time to reply, this was often extremely long, with three companies promising to respond in 5 days – well below the speed that consumers expect.

3. Failing to respond via Twitter
Utilities are waking up to the importance of social media for customer service, particularly given the potential for consumer complaints to spread virally through channels such as Facebook and Twitter.

More companies offered Twitter than in 2014 (nine versus eight), but while five companies answered successfully last year, just four replied accurately in 2015. There was a wide range of response times – one utility answered in 1 hour 57 minutes, yet another took nearly 91 hours. This meant that average time to respond on Twitter went up from 2014, hitting 19 hours 11 minutes.

4. Chat crash
Chat provides a perfect channel for utility customer service. Consumers like it and it allows agents to discuss individual queries and accounts quickly. It provides a written audit trail and it is cheaper than the telephone channel. However, when our research was carried out only one utility offered chat – and that session crashed part way through, meaning no useful answer was received. At a time when improving customer service is a priority, failure to implement chat is a missed opportunity for utilities.

5. Challengers vs. the Big 6
Much has been made about the rise of new, challenger utilities in the market. Often these have been created with a clear objective of delivering a more customer-centric offering than incumbents. So how do they compare? As well as the Big 6 suppliers, the study evaluated four challengers and found some surprising differences:

From this it seems that challenger utilities are more focused on email and Twitter, compared to the Big 6, which are stronger on the web. On the other hand, it also shows that utilities in general are not offering a true multichannel service, focusing on specific channels rather than providing customers with a full range of options.

With customer service continuing to be a hot topic in the utility sector, and the threat of increased regulation looming, companies need to step up their investment in service, across every channel, if they are to meet customer needs and differentiate themselves in an increasingly complex market.