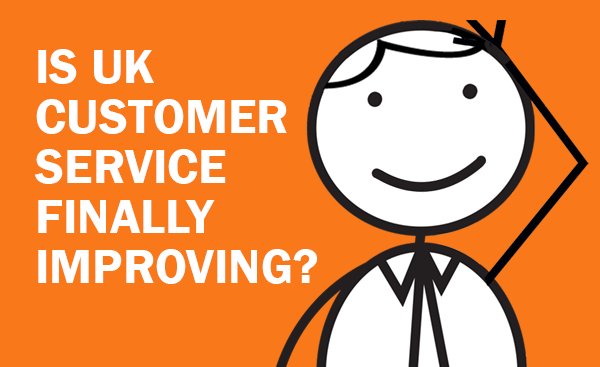 Every six months the Institute of Customer Service publishes its UK Customer Satisfaction Index (UKCSI). Run since 2008, the UKCSI both provides a snapshot of current performance by organizations across the country, and allows longer term trends to be measured. The latest index has just been released and is based on over 39,000 responses from more than 10,000 people, covering 13 different sectors. It measures satisfaction using key metrics such as professionalism, quality, efficiency, problem solving and complaint handling.

Looking through the results, there are five key findings that stand out:

2          Performances are patchy
The index is also showing a growing polarization between best and worst when it comes to customer service. Organizations such as First Direct, Amazon and John Lewis continue to top the results, while others still struggle. This mirrors similar findings in the 2015 Eptica UK Multichannel Customer Experience Study. That found that while some brands could answer 100% of the questions asked on their websites, other only managed 10%. One insurer responded successfully to a tweet in 9 minutes, while a second answered in 43 hours.

3          Low scoring sectors are improving
While individual companies are separating into leaders and laggards, some traditionally low scoring industries are making major steps forward in satisfaction. Banking, utilities and transport all improved, with utilities up two points since July 2014. The banking sector jumped into the top four, and was the only one of the top six industries to improve. Clearly there is a growing focus on customer service in these sectors, which is being reflected in higher satisfaction ratings.

4          Expectations vary geographically and by age
Consumers in the South East are most difficult to please, giving an average score of 75.2 for all the organizations they interact with. In contrast, those in Wales are most satisfied, providing an average score of 78 points. Men are harsher critics than women when it comes to customer satisfaction, averaging 75.8 vs 76.6.

Expectations also change dependent on age. 25-34 year olds are the most demanding group, giving an average score of 72.8, down from 74.4 in July 2014. Older consumers are more satisfied – the over 65s provided an average result of 80.9, actually up from 80.3 in July 2014. Taken together, this means that men in the South East aged between 25-34 are least satisfied – if your organization targets them, now is the time to improve your service levels.

5          Growing inability to deal with complaints
Over 4 in 10 (41.3%) of consumers in the index had to escalate their complaints to get an answer. This is the highest percentage since January 2012 and shows that frontline staff are not able to provide fast, helpful responses to solve a problem. Again, this correlates with recent research carried out by Eptica. The Consumers vs Agents study found that 78% of UK consumers listed getting an incomplete or unhelpful response as one of their top two biggest frustrations, particularly as it meant they would then need to escalate the issue. This has a direct impact on company revenues – 82% of consumers in the Eptica study said they would switch suppliers if their problem was not sorted out, and 31.7% in the UKCSI survey would demand financial compensation for mistakes.

The July 2015 UK Customer Satisfaction Index shows that customer service still has a way to go if companies want to meet consumer needs. Some companies and sectors have invested to increase satisfaction, yet others are still lagging behind. Given that this risks losing customers, revenues and damaging their brands, those at the bottom of the table need to improve their performance if they want to thrive in the future.

Tweets by eptica
We use cookies to ensure that we give you the best experience on our website. By continuing to browse this site, you agree to our use of cookies.
Agree